4 Ad Blocking Statistics You Need to Pay Attention to People are trying to get away from advertisements at an increasingly alarming rate for many marketers. Cable subscriptions are down, Netflix accounts are up, and modern consumers are doing just about anything they can to avoid unwanted radio and television commercials. But just hearing that and actually seeing the data proof may be a sobering difference. Here’s some of the most shocking statistics we’ve come across recently:

“Well, sure people don’t like television commercials anymore!” you’re saying. But if you think just because you’re advertising digitally it means you squeaking by- not so fast! Search Engine Land shared recently that up to 80% of people ignore Google-sponsored ads. This is not surprising, and with Google making changes to their ranking algorithms and presenting more educational content like blog posts and videos instead of simple website URLs, expect this number to continue to rise.

#2 The Number of Ad Blocking Users is Exploding

More people are using ad blockers, and that shouldn’t surprise you. But the actual numbers are jaw dropping. In 2009, 21 million people made use of this type of software. In 2015, that number had ballooned to 198 million. That’s an increase of about 800% in just a few years, and that’s a pretty scary number to some who use this type of marketing too heavily. Just over half, about 51%, of these ad blocking users have been doing this for over three years. Clearly, more and more people are making the move to block unwanted ads.

#3 The Exact Numbers Vary By Industry

While the trend of more ad blocking is an internet-wide phenomenon, the exact numbers depends on which industry is being surveyed. Gaming is the top industry, with 26.5%, but social media and technology sites are close runner ups. Also high on the list of niches with ads being blocked are financial services, automotive, and restaurants.

Globally, the number of those using ad blockers is growing 41% year over year. It’s expected to continue growing, so expect these numbers to keep going further away from advertisers’ favor.  That means if advertisers don’t stop spending money on these ads, more money will be going to waste every year.

The good news is that you have a better way to reach your audience than wasting money on ads they don’t want to hear and see. Inbound Marketing is not only a fantastic way to reach a lot of people without overspending, it’s actually what modern consumers prefer. They want your information to be available to help them along the Buyer’s Journey, without being too pushy. Inbound Marketing is all about making a sale, on a timeline that you’re consumer is comfortable with. To find out more about Inbound Marketing and how you can use it to make your customers happy, download our free eBook The Beginner’s Guide to Inbound Marketing today. 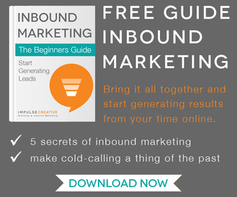