5 Fantastic Marketing Lessons You Can Learn From #AlexFromTarget

Early this week the Internet was tak 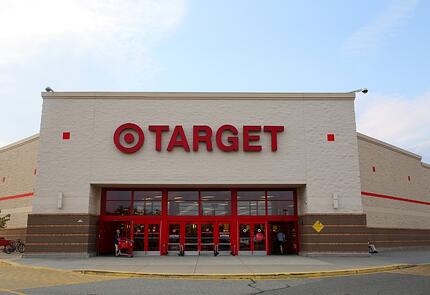 en by storm, or rather, by a cute teenage Target employee from Texas. You know him as "Alex from Target" and we're sure you've probably already heard of him by now, if you're not following him on Twitter. What started out as a typical Twitter conversation between two teenage best friends, ended up bigger than they'd ever imagined. Brooklyn Reiff snapped a picture of Alex, a good-looking cashier that rang her up at her local Target. She tweeted her friend Alanna, whose own Twitter account has 13.3k followers, and after some favorites and retweets the #AlexFromTarget hashtag was born and he went viral. As of today, Alex from Target has already been mentioned by CNN, the Washington Post, and many other news sites, in addition to appearing on the Ellen show on Tuesday.

As inbound marketers we're naturally curious about these things and more specifically how one piece of content becomes viral-worthy, while others simply exist. After researching #AlexfromTarget and looking at nearly every spoof meme possible, we've found 5 fantastic marketing lessons YOU can take away from Brooklyn, Alanna, and Alex from Target:

We know what you're asking yourself, what the heck is a Twitter Star? We define Twitter Stars as people on Twitter who have a large following, say between 5K-30K followers. You might think these people are celebrities or famous actors and singers, but many times they are just "internet famous" because of their social media following - this could be on Twitter, Instagram, Vine, Tumblr etc. We've heard some criticism in the past about these types of internet stars; that they don't have any talents or influence, etc. Alex from Target proves these influencers have a lot of power. Just by the sheer volume of Twitter followers and exposure these users had, Alex has gone viral and now he himself, is a Twitter Star. If you're looking for more exposure for your business, it might be a smart idea to give your product to an online influencer to have them promote it.

Lesson #2: You Know You've Made It When You Have Your Own Hashtag (& It's Trending)

After Alex's picture started circulating the Twitter-world on Sunday, his very own hashtag #AlexFromTarget started trending worldwide and all sorts of creepy romantic memes and fan dedication collages came to be. The hashtag was still trending in the United States as of Tuesday. I'm sure some of you have come up with your own hashtag for your wedding, new product, or as a joke with your friends, but having random Twitter strangers make one for you and having it trend? Now that's just amazing.

Lesson #3: Someone Will Always Try to Steal Your Thunder

In a LinkedIn post, a tech start-up in LA called Breakr claimed that they were responsible for the Alex from Target scheme and that it was actually a marketing ploy. The tagline of the company is: Breakr connects fans to their fandom. They claimed their "fangirls" aided in making Alex viral and that it was a social media experiment. This assertion proved false when Brooklyn, Alex, and Target all said they had never heard of Breakr before and knew nothing about the marketing hoax. Breakr took advantage of a seemingly unexplainable event, they knew taking responsibility would put them in the spotlight - lie or not. Now everyone knows who they are. They achieved free publicity from the likes of CNN, Huffington Post, Business Insider, slate.com, and many more. Is any publicity good publicity? Maybe. What we are sure of is that you know you've arrived when someone tries to steal your thunder. As inbound marketers we focus on honest marketing and you should, too.

Lesson #4: Internet Virality Can Happen For No Reason at All

What Alex from Target proves, more than anything, is that internet virality can literally happen for no reason at all. If you have enough Twitter followers, and you get enough retweets, BOOM, you could be the next big thing. The power of social media is inspiring. If Alex From Target can get his own hashtag and appearance on the Ellen show, just think what we could do with good causes, new products, and the like. We just need to befriend some Twitter Stars and get the ball rolling. For example, if you do inbound marketing for a make-up brand, you can find a girl who has a strong following of 20K Twitter followers that actively engage with her and give her a free lipstick to use and promote on her Twitter. Her followers will see her pictures and tweets regarding the lipstick, ask questions about it and be encouraged to visit the brand website and possibly become a customer.

Lesson #5: Be Ready For Both Good and Bad Reactions

With internet fame, as with traditional venues of fame, you don't get to choose how the masses will react. In his case, Alex didn't get to choose what it was he became famous for, either. There have been internet stars who become famous for something they aren't proud of and end up receiving hate mail for many years. Becoming a viral sensation puts you in the spotlight where everyone will have an opinion about you, what you do, why you did it and what you plan to do next. Many people will idolize and love you, and many others will vilify you. Having a thick skin is a requirement for being an Internet-made viral superstar. You may not be ready for the onslaught of positive and negative reactions, but never allow yourself to lose who you are in the sea of who everyone else thinks you are.

As marketers we are still getting used to this concept of uncontrollable fame; when a crowd of strangers on Twitter can turn you into the next Justin Bieber or public enemy #1, their choice, not yours. Alex from Target isn't the first internet sensation to go viral and he certainly won't be the last - and maybe your business won't become famous overnight as a result of one seemingly unimportant tweet, but we can all certainly use these 5 fantastic lessons from how #AlexfromTarget went viral and apply it our own marketing efforts!