George B. Thomas: An Inbound Journey from Wild Boy, The Sales Lion, Impact & Now What 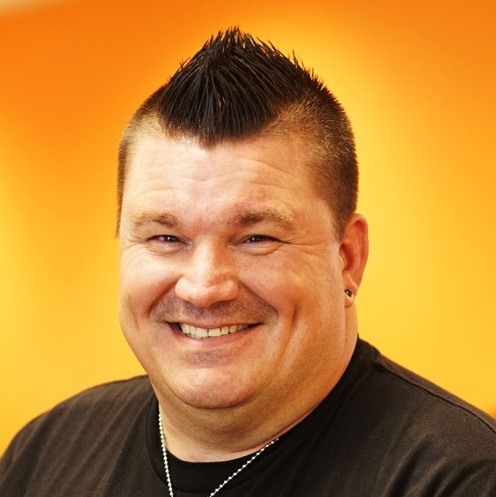 Life is a journey and man have I been on a journey for the past 5 to 6 years.

Some of you reading this might have been along for the ride, while others might just be reading my words for the first time.

In this article, I am going to do my best to share the whats, whys, and hows of going from pretty much no where in the inbound space, to reaching what could be perceived as the victory line, only to then face the most epic mental battle ever.

Along the way I’m going to share my thoughts, concerns, failures and victories.

Spoiler Alert: I now work at Impulse Creative as their Inbound Evangelist.

I find that funny, since my creative agency journey started out with me being a youth leader for our local church.

Let’s get into this.

Let the Wild Boy be born.

I had been a youth pastor at our local church. Why is this important? Because it was there that two very pivotal things happened.

Well, probably more than that, but two are important for this story.

One, I fell in love with my creative side.

You see, the church decided it would be great if we added a projection system that could show background slides for songs and sermon notes. At the same time, we decided that we should have one of those things called a website.

So, for the first time, I was using my creative abilities as part of my occupation. I found it to be very gratifying.

The second thing that happened there was meeting Zach Basner. Yes, the same Zach Basner that is now a video trainer at IMPACT and was a co-worker at The Sales Lion.

We would spend time creating slides and updating the website. And occasionally he would poke me with a broomstick and I would chase him around the church. It all ended up in us both laughing so hard.

Several years later, I left the church as a professional carrier to take a stab at being an entrepreneur. After running a business for a couple years, I found myself neck deep in agency life, Zach’s and my path merged again when he asked me to help at an agency he was starting called Wild Boy. 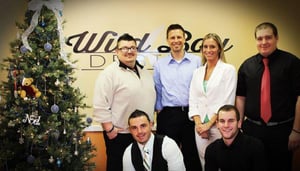 At first, I was doing evening development and some design but quickly we remembered how much we loved to hang out together and I moved into a full time role.

We hired some folks, we sold some clients, I started to help run the agency and Wild Boy became a thing. As a matter of fact, in 2012 we won tickets to INBOUND. By 2013 we were rookie partner of the year and by 2014 we weren't even in business. 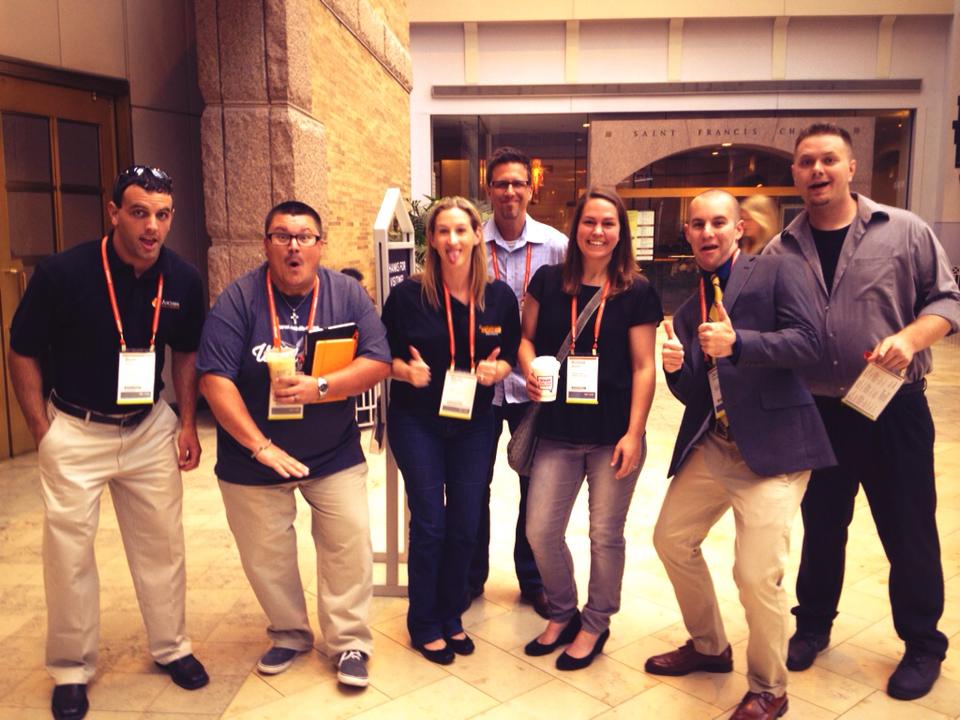 Now that’s a hell of a ride!

I remember Zach asking, “What is it all for? Why is it ending like this?”

I didn’t have a great answer then, but looking back, it makes perfect sense.

At about the same time Wild Boy was reaching its end, I received a call from Marcus Sheridan. You see Zach had heard him in 2012 and because of that, I started to follow him, listen to his podcast and made it a point to shake his hand (Marcus actually pulled me in for a hug) at INBOUND 2013. 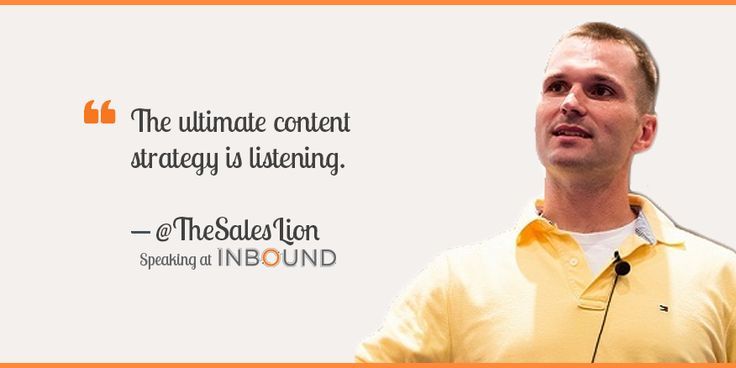 One thing led to another and on that call, Marcus Sheridan offered me a job.

Did that really just happen?

I had to pinch myself.

When I started working for Marcus, we were going to build The Sales Lion into an agency. But, we quickly realized that we were more built to be a consulting company.

One of the things I learned while working with Marcus was never be afraid to pivot. This came in handy in the future decisions I had to make for my career. 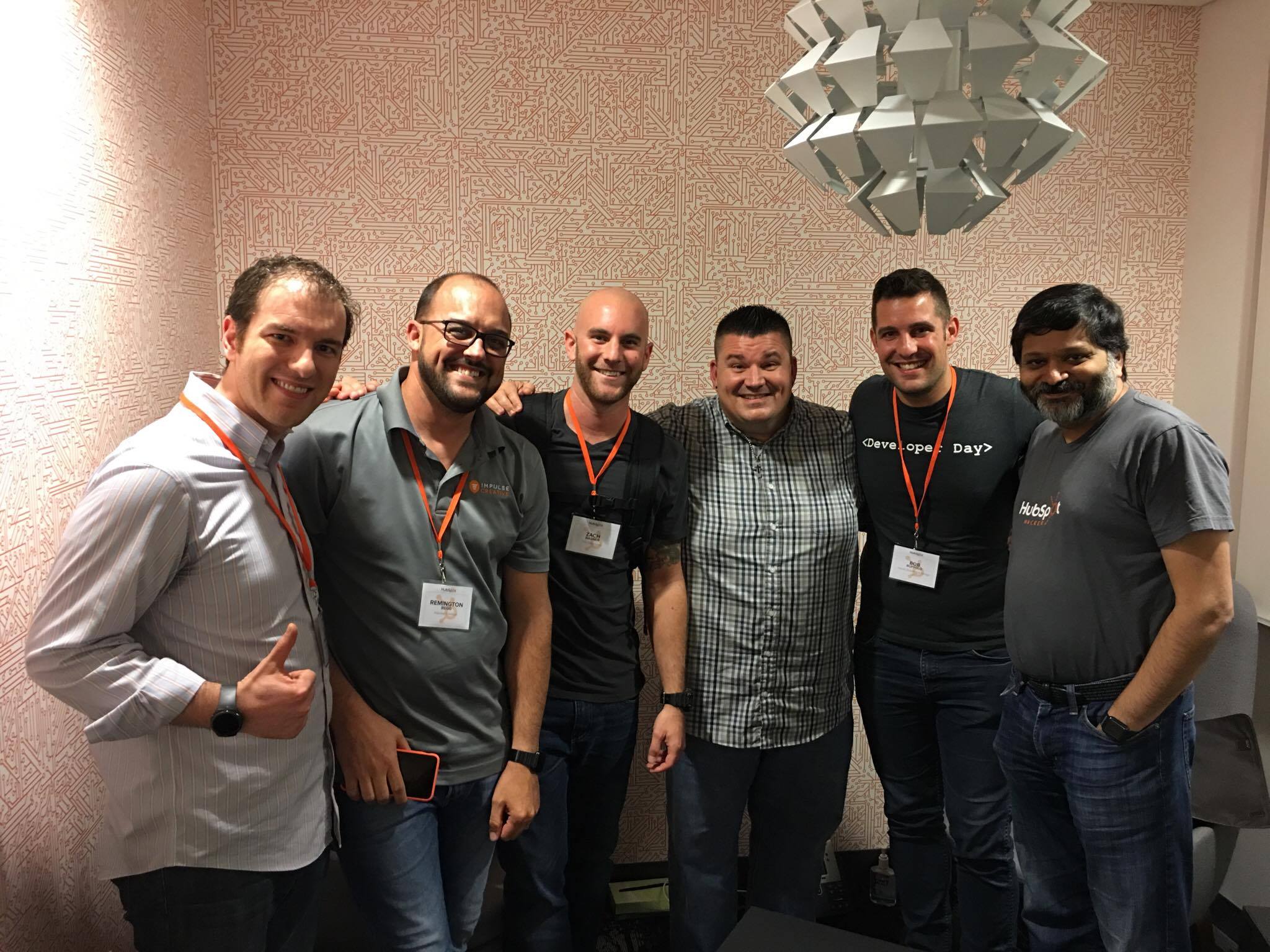 Very quickly after we got going, Marcus came up with the idea to create a podcast for HubSpot users. We talked about it, threw some ideas around and the Hubcast was launched. I had no clue how important that podcast would be for my own growth and the HubSpot community’s growth, as well as our own consulting efforts. 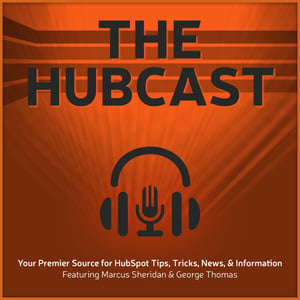 As I look back on it, it was one of the smartest business decisions we could have made at that time.

It helped to build my personal brand, which in return made The Sales Lion brand stronger. When we would see folks out at events, they would make references about how Marcus and I were like peanut butter and jelly, or even peanut butter and chocolate. (Right up there with Reese’s Peanut Butter Cups. WOW!)

My time with Marcus Sheridan was amazing. I learned so much about communication, professional speaking, running a business, being authentic online, being vulnerable on stage, and to be honest, I could keep going on and on.

The time spent at The Sales Lion was equally as amazing. Working with Zach, Kevin, Patrick, and every other TSL employee taught me something new.

The fact that my journey went from employee with an owner’s mentality to part owner in just four years was so enriching. It reinforced my belief that if you’re a good person and work hard, great things come your way. 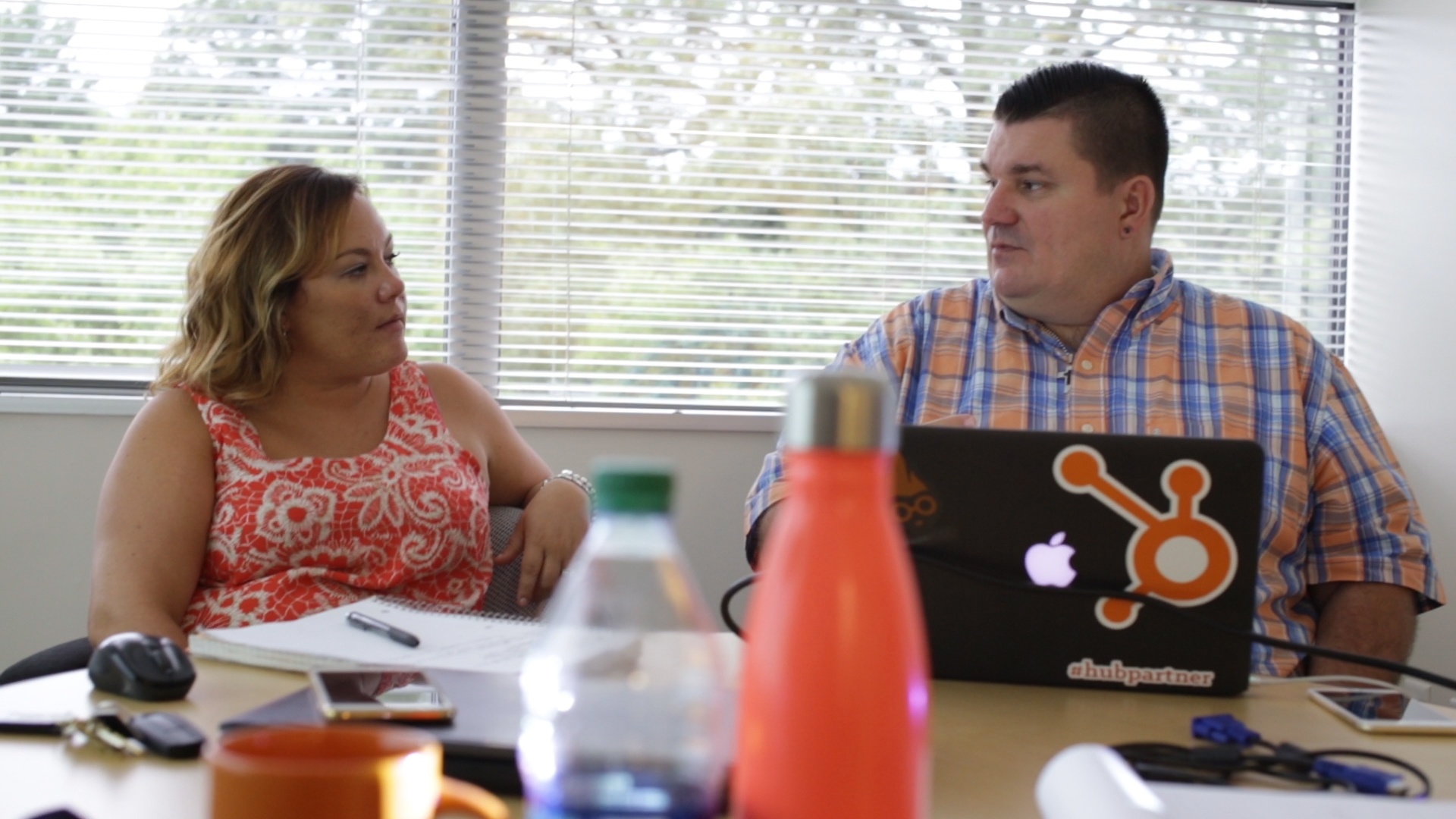 I did make a couple mistakes along the way. No story is complete without some failures. There was this one time where on of my ideas lost the company about $12,000.00.

That was exciting. Not!

There was also the three years I worked where I took a total of a week’s worth of vacation. Don’t get it wrong, I took a day here and there for family things but an actual vacation, not so much. If I could do something over, it would be that. More time to stop and enjoy where I was, VS working to get to the next mile marker in my career or HubSpot knowledge.

But, that was just how we rolled at The Sales Lion.

Okay not that much of an Impact (pun intended) since it was only about 4 months ago. 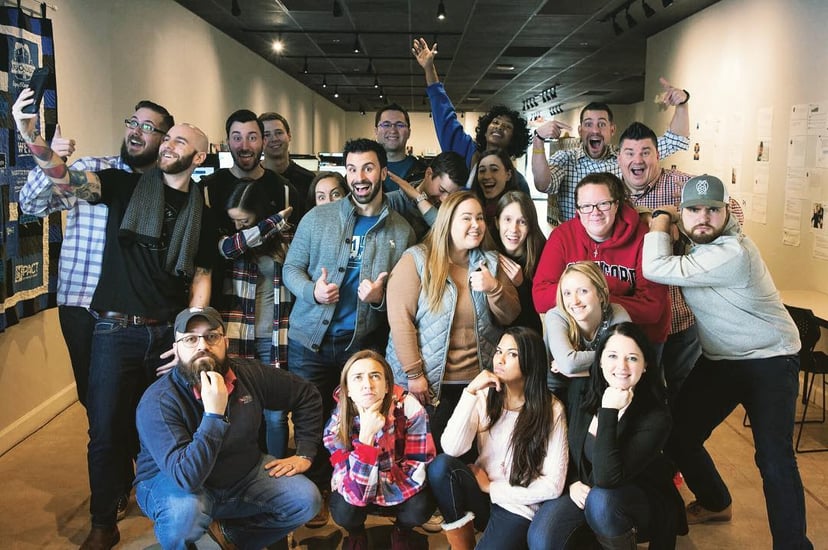 Marcus, called me to say, “Hey, I have an idea, what do you think?”

We then chatted about merging with IMPACT. At this point, we had already been partnering with them from afar. We had done IMPACT live, sold and passed over some web projects, as well as done a couple workshops. All was going great.

I thought this is a really interesting idea.

I had been friends with Bob Ruffolo for years. I had been on a couple website throwdowns, I had spent time in the office getting to know the team.

Next thing I knew, I heard the words “Yeah, sounds like an awesome opportunity” come out of my mouth.

You know that saying hindsight is 20/20?

I really understand what that means at a deeper level now.

You see, for most of The Sales Lion team, this was going to be a great decision. For Marcus and Bob, the decision was a no-brainer!

When the news went out to the INBOUND community, it was like two mega worlds collided.

People lost their minds in one of two ways:

The only problem for me is that as the merger started to take place, I was unsure about my role in it. There was a lot floating around in that brain of mine. 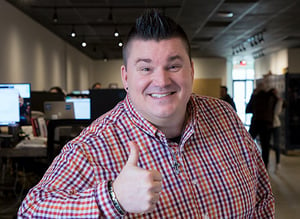 I tried to make myself happy.

I tried to make it fit.

I tried to settle in and make it home.

But every fabric of my body was screaming out that I needed to make a decision and make it quick.

First, this has nothing to do with the IMPACT team, or leadership. Frankly, they are an awesome group of folks.

This has nothing to so with The Sales Lion team. I mean come on, I would lay down my life for any of those guys and gals. 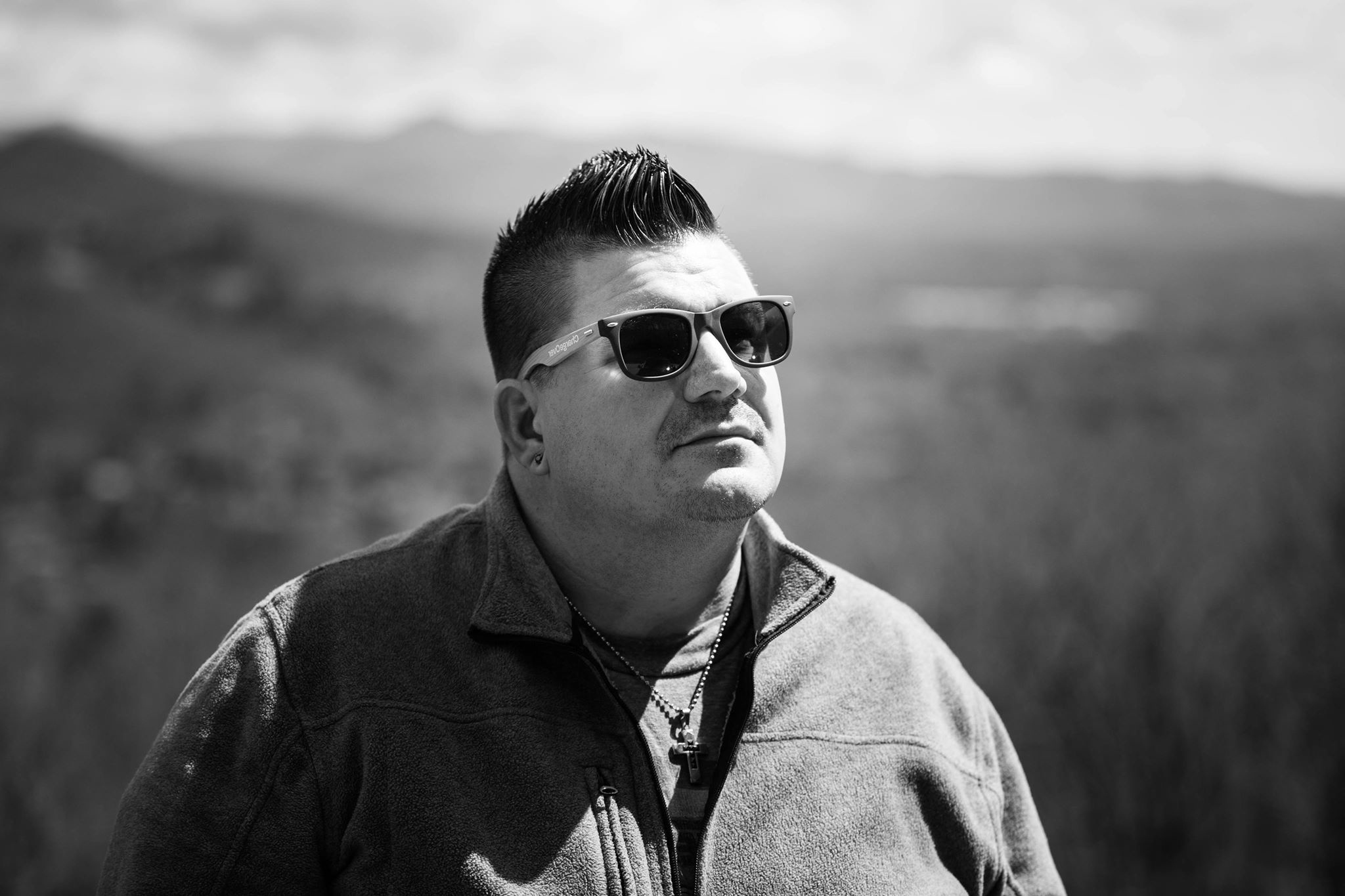 I am doing a set of Facebook Live videos to try and extract what was going on in my brain. As I complete them, I will link them up so you can dive deeper if you'd like. I may even continue to add to this post over time so it can be a document that you can revisit and learn new thoughts that may help you in making decisions through your own career.

I hope from the titles above, you can see there was a real battle taking place in my brain that was purely based on goals, timelines and the ability (or perception of the ability) to continue to grow.

I live and die by a lifelong learners mentality. It is my goal to always be a learn-it-all VS a know-it-all.

How Would You Describe Yourself? I’m Impulsively Creative…

It was so funny how when I reached out to Remington Begg to explain what was going on in my head, I had an epiphany moment.

You see I had been friends with Remington for years. I had said the company name tons of times, but it was not till I was battling with my brain that I realized the name of the company himself and Rachel Begg had created and were running explained who I am so well. 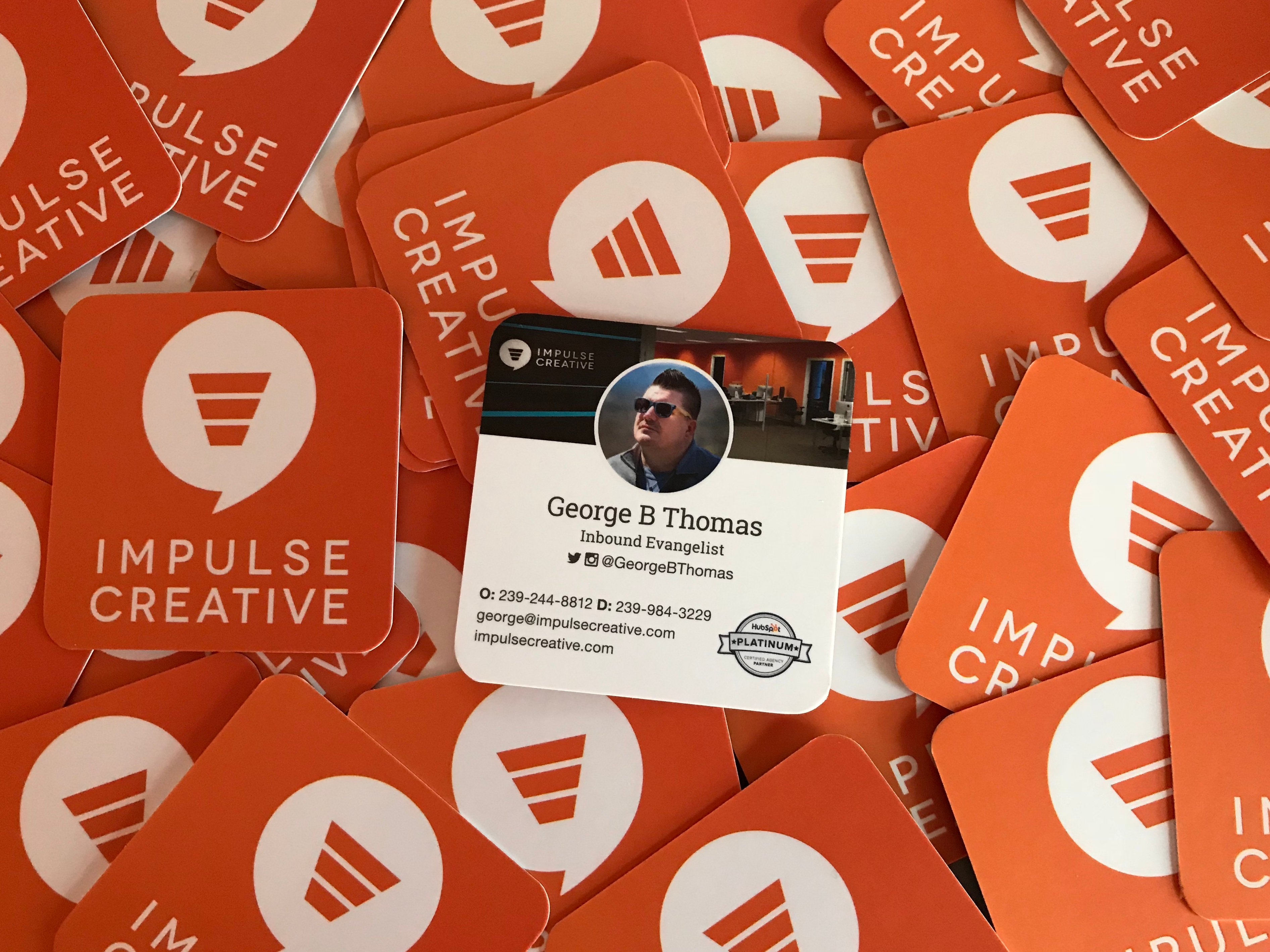 In a good way, I am impulsive. Meaning, I like to pivot when it is needed. This is true in my own life and in my professional career.

I am creative. As a matter of fact, my wife has asked me so many times, can you turn it off (my brain), to which I respond:

I also realized that Impulse Creative was a smaller, scrappier team that had reached the Platinum HubSpot level. To me, that meant hustle and complete buy-in to being successful.

It also was a glimmer of light back to the ownership mindset I had been missing. 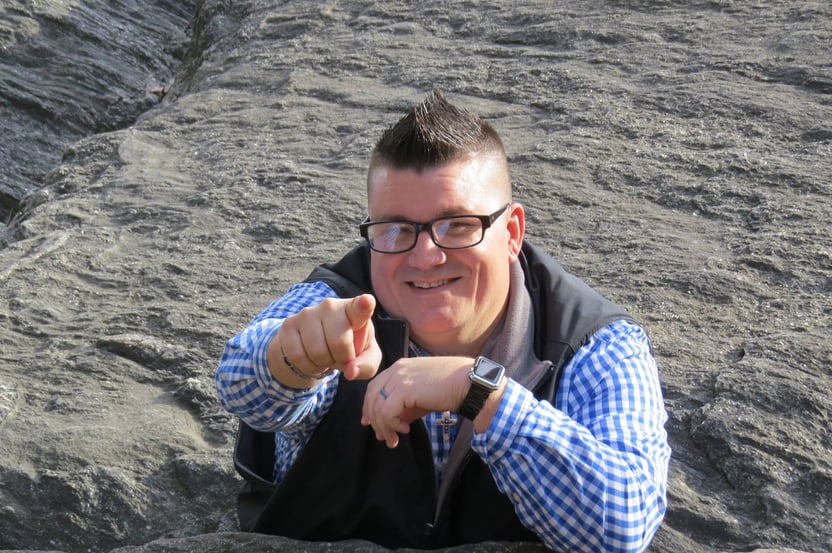 I also realized that meant I had to take a huge leap of faith. I mean, what would the HubSpot/INBOUND community think?

I knew I would have to take a smaller base compensation package than I currently had at IMPACT. Come on, have you ever had to explain that to your husband or wife?

I even understood that, for me, it meant the end of my almost 4 year old baby, the Hubcast.

Through it all, the biggest thing I realized was that Impulse Creative was where I wanted to call home for a very long time. I am talking about the rest of my life.

I also realized that I was getting something back that made The Sales Lion so special to me. The feeling of a ride or die partnership. Deep level friendship coming together to take on the world and build something special.

You see, building something special, living out of the box, putting a dent in the universe, these things are what have been driving me the entire time.

They are the concepts that now bring me to the doorstep of Impulse Creative and to this new adventure. I hope you stay tuned and join me as this new chapter of my life continues to be one heck of a ride!